Jessy’s Toy Box is a non-profit organization that collects toys, gift cards, and other items that help kids that are at the hospital going through infusion treatment or Surgical procedures. This was started by Jessy himself, in 2015.

Our goal is to distribute toys to hospital and infusion centers all over the United States. 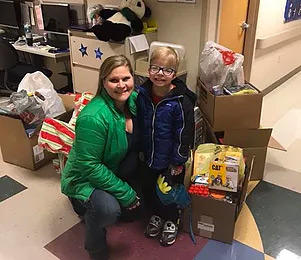 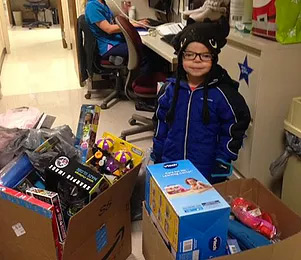 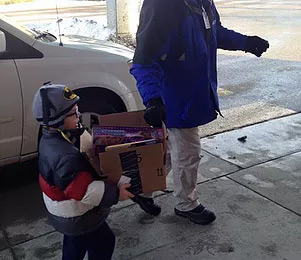 Jessy was no stranger to the hospital he spent many days behind the walls. One day when Jessy at age 4 was going to be receiving an infusion that could last up to 8 hours, Jessy was given a gift, a red mighty morphine power ranger. This small gift was the greatest gift for both Jessy and me (his Mom) When he received this gift it took him out of what was going on. This smile didn’t last long, but to a Mom, this meant the world to me because it helped him forget just for a moment, but it brought a big smile. This power ranger was kept in a special spot afterwards, because Jessy in all 4 years of life had never received anything like this. (When he received this gift it was during Christmas time.)Right away Jessy wanted to start giving back to other kids so they could have that smile like he did, even for a moment. So with the help of his Mom, she put a message on Facebook to see if anyone else wanted to donate. To their surprise they had 1 van load. The 2nd year they took 2 loads and the 3 year word was getting out of what this little boy was doing he talked about what he was doing on the radio and on the local tv station and he ended up with 3 van loads of toys.

Jessy’s dream was not to only collect toys durning Christmas, but all year long. As our family is aware of kids get sick 365 days a year. That means birthdays are missed and holidays are celebrated inside the walls of the hospital.

In February 2018 Jessy passed away after his 15th surgery/2open heart surgery. Before Jessy went into surgery his last thoughts were of his toy box. As a promise his parents made to him to keep his mission of every child receiving a toy every time.

We now have actual toy boxes inside of business for people to drop off toys for kids ages 0-18. We are as of now located in 4 states and we are always adding more cities.

With our cash donations we are buying game rooms new toys that needed and we are also buying iPads that are needed for the kids. We also buy toys for the kids.